B.S will appear suddenly on the battlefield, facing towards the camera, while laughing maniacally

B.S will shoot Soda Bubbles from his hands. These Bubbles are able to be angled in any Direction in front of B.S. This Special goes through 5 different Charge Levels.

No charge: Fires like Fox's Lasers weak Damage and no Knockback 0.7% per Bubble.

Almost half charged: Fires slightly slowly then Slightly charged, but the Bubble moves the exact same, deals more Damage with slight Knockback and has a 25% chance of trapping the opponent in a Bubble for 1.5 seconds, One shot deal 6% Damage

Half charged: Moves faster than Almost half charged. Deals 8% Damage with okay Knockback. Instead of trapping with Bubbles this charge now has a 30% Chance of Dropping 3 7-UP Bottles (B.S's Lawl Food) to which heals 5% of Damage.

Full charge: Moves faster deals more Damage, And Deals Good Knockback . Has both properties of trapping and Summoning Soda Bottles but these two features are Enhanced.The Bubble Trapping will now trap the Opponent for 2.5 Seconds instead of 1.5, And 6 7-Ups will be summoned instead of 3, But now it heals 3.5% Damage instead of 5%, But this is a benefit cause you'll be able to heal more Damage. The chances of both of these are also increased Trap Bubbles 35% Soda Bottles 40%, Deals 19% Damage.

The Charge itself will be B.S holding his Hand in the Air, With a Color Change for each Charge. No Charge has no Color, Green for S. Charged, yellow for A.H. Charged, Orange for H. Charged, Red for A.F Charged, And Blue for F. Charged. During the Charge the ending Flute Section of the Spongebob Theme Song will play from a low pitch f to the regular Tune, Also these Bubbles can be stored like Samus's Charge Shot. This Originated from The Game "Cool Spot where the Title Character Utilizes Soda Bubbles to Damage enemies.

B.S will dash though the Opponent with a Twitter Post from the offical Spongebob Twitter it deals 12% Damage with Good Knockback but with some Endlag. Three random tweets involving Squidward Jumping off a Cilff, Spongebob calling Gary a Nudist, And Making fun of Memorial Day will appear, None of these Tweets changes the effect of the Attack but can be fun to look at. This Move Originated from The Official Spongebob Twitter

B.S will float in upwards directions weirdly, You will be allowed to move B.S during the Special but he will always move upwards. This special deal no Knockback But a small Red aura surrounding him will deal 7% Damage per second to anyone who gets too close. The Up-Special can be canceled by pressing B and will not force B.S into Freefall. The Aura will Continue to surround B.S for 5 seconds after an Up Special is used, Along with that the aura also has 2 Special properties that it gives to B.S, 1. It will increase B.S's Stats by 0.9% when it appears, And 2. It will reflect any Nonenergy Projectile and Absorbs any Energy Projectile healing Half of the Damage that the Projectile can deal. The Aura will reappear after 55 seconds upon running out, Before this You will not be able to receive another aura by using another Up-Special by doing another Up Special. This Move Originated from the Pamtri YouTube Channel Where many of the Characters Float Spasticilly when Moving.

B.S Will gain the Eyes of Spongebob Bootlegpants while Singing a Threating verse, After the Verse B.S will Blink in a Slightly medium range. Whoever is in the range of the blink will receive Huge Knockback with Great Damage,This can also be angled.Whoever B.S won't be able to Move during the whole duration of the Attack, It deals very little Shield Damage, It can only be used on the ground, And it has very high endlag making this Attack pretty Situational. The Move Originated from This Rap Verse Video Said By Spongebob Bootlegpants created by GEEKFOREVER.

When this F.S is activated B.S will Float Upwards Leaving the Screen, After that the Screen will go Black for 5 Seconds, Then the Title Screen for the Terrific Spongebob Darts Flash Game will appear with an Random Opponent on the Wheel instead of Spongebob. The F.S will Activate after pressing the play button You will now see all of the Opponents being Spun on the Wheel by B.Squidward and B.Patrick, This is where the Final Smash starts. You will have to Aim the Knifes, Swords and Scythes into the Opponents in order to deal Damage, The Knifes deal 12% Damage The Swords deal 16% Damage and The Scythes deal 20% Damage. If the any of the Opponents reach above 80% Damage they will be instantly K.Oed when the F.S ends. The F.S will end after 16 Seconds. No Need for the Origin for this Just Search the Game Up.

Screen KOSFX: "Why would you do that?"

Up: Turns into Cup-Sponge-Head-Bob and laughs before turning back.

1.Does something Similar to this Image

2. Lays on the Ground wearing a Tux and Sunglasses

3. Repeatedly Spins with a Sm64 Star Above him

6. (vs. Patrick Star)- Says "You really got to get into shape people are calling you Fat!"

Colonel: You know Snake if it wasn't for all of the Christmas Shit! I wouldn't have to FUCKING WORK!. This is the only time of the year that I Fucking Work!

Snake: Colonel! Get a hold of yourself!

Colonel: Snake! Your diet routine seems to have gotten... Brown

Colonel: Snake! I don't know what my first name is, But my faces ring a bell

Due to the mass Popularity of the Nickelodeon Show "Spongebob Squarepants", various Fan Animations were created in favor of show, And many of these Animations turn Spongebob into an completely different Sponge. So B.S can play in a various of styles, He can play Offensively, Defensively, Campy, Rushdowny?, And more. Unfortunately due he's a on the lighter side, he has slightly mediocre range, And his grab game is pretty lackluster.

Bootleg Spongebob or B.S for short is basically a Incarnation of various Spongebob Based media, rather it be Unofficial, Forgotten, Lost, Or Fan-Made. However his design was entirely based on a Russan Cool Spot Hack called "Spongebob Squarepants", for the Sega Genesis/ Mega Drive. 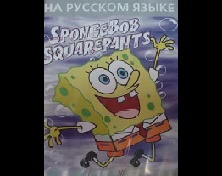 The Box art for the Hack.

He utilizes Various Pieces of Spongebob Media for his Moveset Such as his Down-Special coming from this Video: https://m.youtube.com/watch?v=qxAzBDuNtRo, And his Up-Taunt coming from one of this Guy's Videos: https://m.youtube.com/watch?v=HO3awJziMuo, These are just few of the many Examples, Plus His design itself is just Cool Spot, But has no Sunglasses, Has Buck-Teeth, And has Showable Eyes, To put it simple He is just a blant clone of Cool Spot (Design-Wise).

Red (Based off Cool Spot)

Black hair with half closed eyes (Based of Chinese Spongebob)

Brown with Orange Shorts  (Based of Coconut Fred)

Yellow with Red Bloody Eyes (Based off Spongebob Bootlegpants)

Pixelated Yellow (Based of Spongebob from LOTGS)

Yellow with badly drawned Brown Pants, With a White Shirt (Based of Panchitomatrix Spongebob)

Green with Brown Pants and oozing holes (Based of Spongebong Hemppants)

▪ There are no Innards or Skin only Sponge

Origin of his down Taunt

Community content is available under CC-BY-SA unless otherwise noted.
Advertisement