Bubbles will begin to feel sad, which stuns near-by opponent with her cuteness. This will allow Bubbles to get an easier chance to attack her opponent. There 2 kinds of sadness.

If you hold B for 5 Seconds, she will let out a large scream, which has a longer reach and stuns them for 10 seconds.

Side B - Color the City

Bubbles gets her crayons, dash to an opponent and begins draw on him/her. The crayons color will give different effects, much like Bill Nye's Neutral Special.

The color goes in a random order.

Bubbles will get her Octopus doll out. She swings it and it stretch. Its tentacle will grab on a ledge of a platform and pull Bubbles upward there. If it caught an opponent, not only it will pull Bubbles upward, but it will also pull her opponent downward, based on Frollo's Up Special.

Down B - Nerd Glasses

Bubbles puts on her (Least) favorite pair of glasses and sit, which allows the sunlight to beam at her, allowing the glasses to reflect and make a long range attack on the opponent. You cannot move but you can still move your head to control the beam. You will stay seated till 3 seconds or if an opponent hits you. If you get hit, your glasses will shattered, damaging anyone who ever step on them. You will need to wait 7 seconds till you get a new pair of fixed glasses.

Bubbles will call her sisters, Blossom and Buttercup and help her fight with her. Both played by an unplayable CPU with different set of moves, sorta like having 2 extra player on your team. They will help till 9 seconds, then they fly away.

Bubbles is one of the three main characters in the animated television series The Powerpuff Girls. Bubbles is portrayed as having short blonde (or yellow) hair in two pigtails and a neat, curved fashion, light blue eyes and dresses in light blue. The ending theme refers to her as "the joy and laughter," meaning that she is defined by a sweet, cheery, mild crybaby and gentle demeanor. She takes the role as the youngest out of the girls.

Bubbles does, however, have a tendency to be overemotional, despite the fact of her having a habit to be ditzy, naive and sensitive, leading to her sometimes being regarded as the group's weakest link, by friends and foes alike. However, she can become very independent and aggressive, let alone extremely mad when pushed. Out of all the Powerpuff Girls she is the most feared by Mojo Jojo after having single-handedly taken him down in a fit of rage in the episode Bubblevicious. Her special superpowers are the Sonic Scream, understanding various foreign languages, and communicating with animals. Bubbles is also shown to have Superhuman Speed in the episode Members Only for flying around the globe, this also means she can be faster than Buttercup. After the girls were created in The Powerpuff Girls Movie, Professor Utonium named her Bubbles for her cute, bubbly, and joyful attitude (which she revealed by giggling when he named Blossom). Her best friend is Octi, a stuffed octopus given to her by the Professor. Her special ingredient is sugar and her signature color is light blue. She was also told in an interview from The Powerpuff Girls Movie that she was not afraid to show her emotions.

Role In The Subspace Emissary 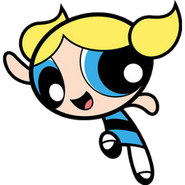 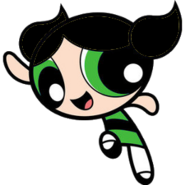 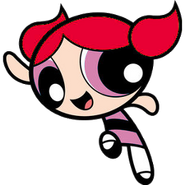 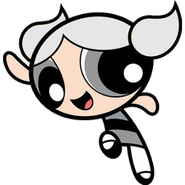 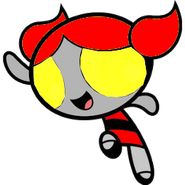 Dynamo Cosplay
Add a photo to this gallery

Retrieved from "https://smashbroslawlorigins.fandom.com/wiki/Bubbles?oldid=144305"
Community content is available under CC-BY-SA unless otherwise noted.