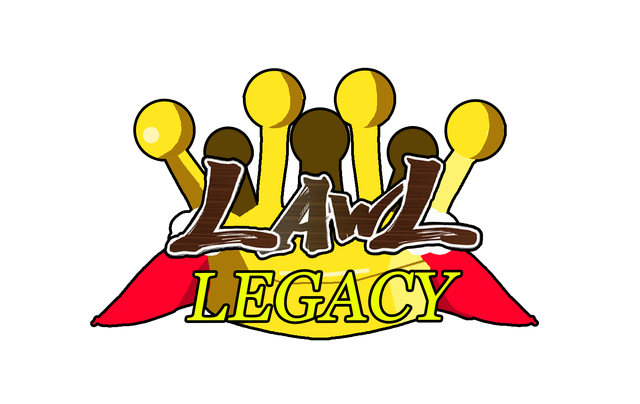 Lawl Legacy, originally known as Lawl [DATA EXPUNGED], is a relatively new Lawl created by TheHoodedMan. This Lawl focuses on characters that have either no or very little use by other Lawlers. 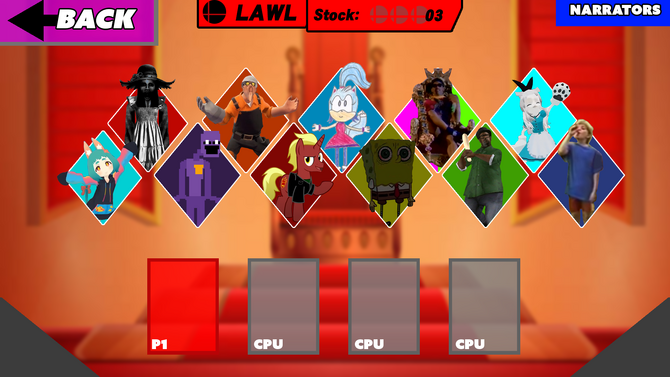 Fighters (Start of Something Decent Era)

Lawl Legacy itself came about as a successor to the now cancelled Lawl Ultimate THM, serving as a way to improve on movesets and creating videos alongside it. It was originally named Lawl [DATA EXPUNGED] to match Lawl [REDACTED], but was changed at the request of Boopidee (though is now considered an "unperson" due to recent events) because "it sucks."

In the ever-expanding multiverse of Smash Bros. Lawl, three tro--er, individuals, Equius Zahhak, Karkat Vantas, and Nepeta Leijon, decided to create a tournament to see the best each universe had to offer (well, Equius and Nepeta anyway, Karkat mainly joined in to see "THE FUCKING TRAINWRECK YOU GUYS ARE ABOUT TO PUT US THROUGH"). After the invitations are sent out, a mysterious force by the name of THE ENTITY appears with some intent of sabatoging the tournament. Will our fighters be able to fend off this mysterious entity and save their world? (Probably not; have you seen the roster???)

Lawl Legacy- Moveset -1 - Rosedoodle-2
The first moveset video for Rosedoodle. Though old and very outdated, it serves as an important part of Legacy's history.

Lawl Legacy Bonus Content- MSSuck.jpg-2
Small video for Lawl Legacy, showcasing an intentionally bad stage: MSSuck.jpg/.png, which is based on the content of Sweet Bro and Hella Jeff.

Community content is available under CC-BY-SA unless otherwise noted.
Advertisement