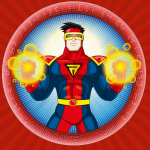 Hi I am Richard 100, I am a college student, who does this stuff during my spare time, I am the creator of Smash Bros Lawl United.

Retrieved from "https://smashbroslawlorigins.fandom.com/wiki/User:Richard100?oldid=130350"
Community content is available under CC-BY-SA unless otherwise noted.